BOC is a nationally recognized, competency-based program focusing on energy-efficient building operations and preventive maintenance procedures. The program will train facility personnel to understand how their building systems work together, and how to bring them to their most efficient level of operation.

This training is ideal for operating engineers, HVAC technicians, heads of maintenance or anyone working with the mechanical systems of large commercial or institutional buildings, around 50,000 square feet or larger. Find out more about the eligibility requirements for Level I BOC training.

The BOC Level I training series will be offered online in consecutive two-day training sessions, with instructor-led lectures. Online sessions are planned to be held from 9:00 am to 12:00 pm ET.

Find out more about this upcoming training series beginning June 15, 2021 and how to register.

The Environmental Protection Agency (EPA) is now accepting nominations for the 2021 Safer Choice Partner of the Year Awards. The awards will recognize the leadership contributions of Safer Choice partners and stakeholders who, over the past year, have shown achievement in the design, manufacture, selection, and use of products with safer chemicals. 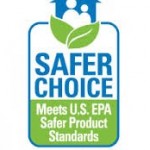 As part of EPA’s mission to protect human health and the environment, the Safer Choice program partners with businesses to help consumers and commercial buyers identify products with safer chemical ingredients, without sacrificing quality or performance. In support of the Biden-Harris Administration’s goals, EPA especially encourages submission of award applications that show how the applicant’s work in the design, manufacture, selection and use of those products promotes environmental justice, bolsters resilience to the impacts of climate change, results in cleaner air or water, or improves drinking water quality.

More information on the 2021 Safer Choice Partner of the Year Awards, the submission process, and past winners can be found at https://www.epa.gov/saferchoice/safer-choice-partner-year-awards.

Safer Choice is an EPA Pollution Prevention (P2) program, which includes practices that reduce, eliminate, or prevent pollution at its source, such as using safer ingredients in products. EPA’s Safer Choice program certifies products containing ingredients that have met the program’s specific and rigorous human health and environmental toxicological criteria. The Safer Choice program allows companies to use its label on certified products that contain safer ingredients and perform, as determined by expert evaluation.

EPA allows the Design for the Environment (DfE) label on disinfectants and sanitizers that are registered and meet the Safer Choice Standard. EPA published a new DfE-certified product web page to make it easier for consumers and purchasers to identify products.

The Pollution Prevention (P2) Act, passed 30 years ago, represented a paradigm shift in our nation’s approach to solving pollution problems. In clear terms, the Act called for industry, government, and the public to look upstream in manufacturing processes – to prevent sources of pollution rather than use end-of-pipe reduction or clean-up strategies.

The undeniable success of both private and state prevention programs facilitated a national embrace of two goals previously seen as incompatible: environmental quality and economic productivity. A series of 1980s federal reports on waste reduction – both from the Office of Technology Assessment (OTA) and the Environmental Protection Agency (EPA) – recognized how those two goals could be, and should be, accomplished together. A 1987 OTA report, for example, stated, “[This] study shows how the competitiveness of American industry and environmental protection can be improved by devoting more resources to waste reduction and thus quickly reducing the costs of pollution control.”

The Pollution Prevention Act went one step further; it placed prevention firmly at the top of the waste management pyramid. The only strategy better than reduction, the Act suggests, is to prevent waste in the first place. In a 1993 Public Policy Statement, EPA Administrator Carol Browner explained the shift toward valuing prevention:

“When EPA was created in the early 1970’s, our work had to focus first on controlling and cleaning up the most immediate problems. Those efforts have yielded major reductions in pollution in which we should all take pride. Over time, however, we have learned that traditional ‘end-of-pipe’ approaches not only can be expensive and less than fully effective, but sometimes transfer pollution from one medium to another … Pollution prevention has the exciting potential for both protecting the environment and strengthening economic growth through more efficient manufacturing and raw material use.”

Instead of commanding reductions, the Pollution Prevention Act aimed to help businesses assess their own pollution problems and be active participants in solving problems.

Find out more about pollution prevention on the U.S. EPA website.

Find out more about the IACs and how they can help your business.

Presented by the Institute for Sustainable Manufacturing – University of Kentucky

Sustainable Manufacturing in the Industry 4.0 Era Sustainable Manufacturing in the era of Industry 4.0 is only feasible through a total and multi-lifecycle based approach to closed-loop material flow by adopting the 6Rs of reduce, reuse, recycle, recover, redesign and remanufacture.

The 7th International Forum on Sustainable Manufacturing will bring together academic experts, industry practitioners, government agency representatives as well as emerging researchers such as tenure-track assistant professors, post-doctoral scholar, and graduate students to address opportunities and challenges related to “Sustainable Manufacturing in the Industry 4.0 Era”.

Find out more about the forum and how to register. 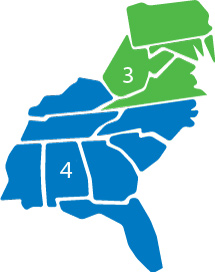 The Kentucky Pollution Prevention Center (KPPC) began to receive this funding back in 2011 to assume administration of the operational objectives of the ESRC from the North Carolina Department of Natural Resources. The objectives of the ESRC were to provide technical environmental sustainability information and training to industrial service providers in EPA Regions 3 & 4.

A key resource that emerged from the PPIN funding and evolved over the years had been the ESRC website which made available a collection of sustainability and pollution prevention related resources. The esrconline.org website has been decommissioned. Some of that content that includes informative recorded webinars, resources and P2 related information has been archived on the KPPC website.

Check out the Environmental Sustainability Resource Center Archive as an additional P2 resource.

What does the University of Louisville have in common with the Columbia University, Princeton University and Oxford University? All are members of the United Nations Sustainable Development Solutions Network.

UofL has joined 684 universities and research centers throughout the world to advise the United Nations on sustainable development. The announcement was made at the Louisville Sustainability Summit, which UofL is hosted for the first time.

“Inclusion in this international effort recognizes our efforts over the decades to impact our world in a meaningful way when it comes to sustainability,” said UofL President Neeli Bendapudi. “From the Conn Center looking for renewable energy sources and our university-wide efforts to reduce our carbon footprint to our recent creation of the Envirome Institute that focuses on health sustainability, we have a long history of trying to leave a better planet.”

The National pollution Prevention Roundtable recently hosted an online briefing to highlight current activities and future plans for the organization. Over 70 people joined in on the discussion, which included an overview of the organization, advocacy efforts, workgroups, upcoming events, and membership. NPPR Workgroup leaders will be following up during September with individuals who attended the webinar and selected interest in specific workgroups.

The webinar recording, entitled “NPPR Briefing August 2018”, has been published and is available for viewing on the KPPC YouTube channel. A timestamped agenda is provided in the description below the video to allow navigation to agenda topics of interest.

Join NPPR today and your membership will be extended through December 2019!

What can we do for you?

Submit your questions and comments online and let KPPC help you!